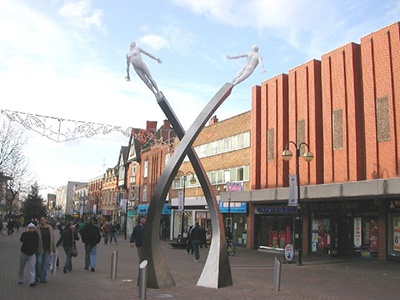 You may have read articles advising that some major UK cities outside of London are the places to invest in 2019. But they are not the only hotspots they we believe exist for the New Year. We are going to provide you with 4 other locations that you probably won’t have considered and the reasons why they are worth a look.

With the threat of a “no deal” Brexit looming a number of companies have invested in storage areas in certain locations to stockpile their products so that they can meet customer demand fast. This means the creation of new jobs in those locations.

Not many people would consider Northampton as a property investment hotspot but it is. Companies are looking to invest in warehousing facilities here which will bolster employment opportunities.

It only takes around 33 days to sell a house in Northampton. This is because of the high demand for properties in the area. The knock on from this is that house prices have risen by 5.3% (year to October 2018) which is higher than the national average increase.

Warrington lies between Manchester and Liverpool which makes it a good location. There is a large Amazon warehouse here and Omega has plans for a large warehouse too. It’s a good time to find properties in Warrington as the demand for houses is going to rise with the new jobs created there.

It is no secret that the cities of Manchester and Liverpool are on the rise and good investment hotspots. But Warrington has a more accessible housing market and the prices are a lot lower than in the big cities. It is easy to commute to either Manchester or Liverpool from Warrington which provides even more opportunity for property investment there.

There has been strong growth in the housing market in the city of Leicester. This is expected to continue and experts believe that it is the best city to invest in property for the foreseeable future.

Since the year 2000 the house prices in Leicester have risen by 250%. There is a promise of investment and regeneration for the city to the tune of £3 billion in the near future as well. Leicester is in a good location being less than an hour away from Birmingham and around an hour away from London. A lot of commuters will choose to live in the city.

Coventry is another city that has seen significant house price growth and is on a par with Leicester with a 250% increase since 2000. The city also boasts some of the highest yields in the buy to let market. The average yield before tax is around 5.4% and there are only 5 locations in the country that have better yields than this.

Coventry has two very popular Universities which enroll around 50,000 students. This leads to high occupancy rates and steady rental demand. There are also plans to build large industrial units around Coventry Airport (yes there is an airport) in the green belt which will provide more opportunities.