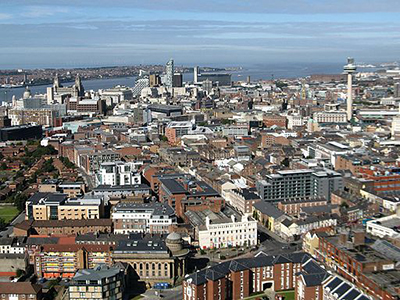 We are really in a state of flux with Brexit at the moment. Nobody knows what is going to happen on 31 October 2019. Will we leave without a deal? Will there be another general election? Or will a new date for the UK leaving the EU happen?

In July 2019 the UK economy grew at just 0.3%. This is better than some people expected as many were forecasting that the country would end up in recession. Apparently the number of searches on Google for “recession preparation” keywords has increased significantly over the last year.

Property investors in the UK have had to deal with the uncertainty surrounding the UK’s departure from the EU for 3 years now. Despite this there as actually been an increase in average house prices from £216,750 when the result of the referendum was known in June 2106 to August 2019 where the average house price is £230,292.

So this means that for property investors that ignored all of the doom and gloom around Brexit have experienced around a 6.2% increase in the value of their properties if they purchased them just after the referendum announcement in June 2016.

Ways to Brexit Proof your Property Investments from now on

Acentus Real Estate, which is an independent property service, has come up with three ways that you can make your future property investments in the UK more Brexit proof. We believe that these are good strategies and recommend that you consider them.

The first strategy to Brexit proof your UK property investment is to invest in a city that has a growing GDP and an increasing population.

The third strategy is to look for cities or other locations that have strong regeneration plans. What you are looking for here are regeneration plans that support future growth in the housing market. Pay particular attention to the local areas where the schemes will make a difference

One of the best Brexit proof cities in the UK for property investors is the city of Liverpool according to Acentus. There was a significant amount of regeneration going on before Liverpool earned its “European Capital of Culture” status in 2008 and the regeneration investment has continued after that.

Liverpool is experiencing incredible growth in its population numbers as well as the number of visitors it receives. It is a very good city for property investors as it has high rental yields as well as high capital gains.

According to Zoopla, Liverpool has the strongest market of any city in the United Kingdom. For the year to June 2019, Liverpool has experienced a 4.9% price growth. This is not surprising as the city has a large student population, is increasing in popularity as a startup hub and has other attractions such as sport, culture and leisure.

A number of experts in the housing market recommend investment in the Midlands and the North of the UK. They forecast that the growth in these areas will be in the region of 15% from 2019 to 2023. This is higher than the rest of the country.