Best UK Locations For Buy To Let In 2019

Best UK Locations For Buy To Let In 2019 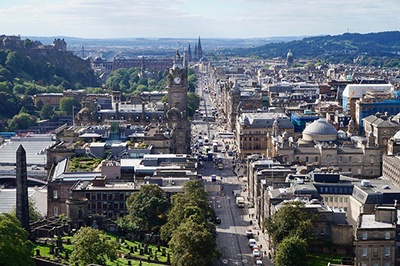 For property investors that want to continue developing their buy to let portfolios in 2019 it is tough to know which way to turn with Brexit on the horizon. A lot of investors need help in this area, so we will reveal in this post the 5 UK locations that the experts believe offer sound buy to let opportunities whatever happens after Brexit.

Zoopla recently published figures showing that properties sell faster in Edinburgh than any other major location in the UK. On average it takes only 22 days to sell a property in Scotland’s capital.

The last couple of years have also been good for the buy to let market. AirBnb has driven a lot of this demand and the returns on buy to let properties continue to increase in this area. If you could land a good property around the Royal Mile, then the yield possibilities are excellent throughout the entire year.

Other good spots are in the east of the city, particularly the St James’s Centre, where new developments are occurring. The west end, and in particular Haymarket, also looks like being a good location to invest in buy to let.

Nationwide figures state that the property market in the East Midlands has seen the second highest rate of growth in the UK to September. There is also a student population of around 40,000 most of whom wish to live in the centre. This is a highly lucrative pool of prospective tenants.

The rental market is strong in Nottingham and property prices are lower than the UK average. Many major developments are planned for the city as well. A report from TotallyMoney revealed that two postcodes in Nottingham were in the top 5 for buy to let yields. These are NG1 and NG7.

Over the last few years there significant investment has occurred in Liverpool and some major development projects underway now will have a dramatic impact on the city. Liverpool has four universities and a very large number of students.

Property prices are on the rise in Liverpool and house sales have risen significantly since 2012. In 2018 the property market in the city approached £1 billion which is more than twice the 2012 figure. It is still possible for landlords to find a bargain priced property here and achieve strong yields.

Both Newport and Swansea could very well be buy to let hotspots in 2019. The yields in Swansea are particularly good and the demand is increasing. Properties are certainly affordable in the area.

Newport is set for higher demand too as the planned scrapping of the Severn Bridge toll makes commuting to Bristol a lot more appealing. In 2018 Newport property prices rose 8% which supports this point of view.

Birmingham is now catching up with other UK cities in property price growth. Last year Birmingham was the number one destination for people who wanted to relocate from London. More than 7,000 changed cities.

A lot of businesses are moving their headquarters from London to Birmingham as well which increases the demand for rentals due to improved job prospects. Then there is the building of the high speed HS2 transport link between Birmingham and London to support the growth of the city.