Buy To Let Statistics That You Must Be Aware Of

Buy To Let Statistics That You Must Be Aware Of 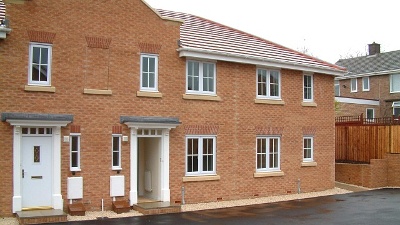 To be a successful buy to let property investor you need to be aware of what the housing market is doing and the key demographics that make up your target market. Things change very quickly including housing standards, the population and government policy so you need to be on your toes.

Each year, the English Housing Survey published by the government provides a snapshot of the housing market and the latest survey is for 2015 – 16. This year the survey celebrates its 50th anniversary and there are reports such as that from Civitas which work well with the survey.

Number of Households in England

It is estimated that there are approximately 22.8 million households in England. Of these it is estimated that 14.3 million are owner occupied which is 63% of the total market. This is lower than most Conservatives would have hoped for as home ownership is a key policy. This number is down from the peak 2003 figure of 73%.

The private rental sector has seen the largest increase. It is estimated that 4.5 million households rent privately in England and this is an increase of 47% on the 2005 – 06 figure of 2.4 million. The Social Housing Sector has declined by 3.9 million households.

Private Renters move the most

The average time for a private renter to stay in their home is estimated at 4.3 years. Social renters stay on average 11.6 years and owner occupiers for 17.8 years. 73% of private tenants terminated their last tenancy themselves and 11% were ended by agents or landlords. Of those terminated by landlords, 63% were because they wanted to sell or use the property.

Over a quarter of privately rented homes, around 28%, did not meet the Decent Homes Standard in 2015. This is a measure of the minimum standards for the facilities of a property, its state of repair, its health and safety standards and its heating and energy efficiency.

Almost 59% of private renters want to buy their own homes in the future and this compares to just 27% of social renters. The level of the deposit required on a property is the main reason why most private tenants did not believe that they could afford to purchase a property.

Landlords that own just a single property make up the vast majority of the United Kingdom’s stock for private renting. More than 93% of landlords have only one property according to the analysis of 65,000 rental properties by Countrywide Residential Lettings. This analysis also showed that there were few differences between properties in England, Scotland and Wales when it came to single property landlords.

The estimated population of the UK is increasing on average around 1,475 each day. This is a yearly increase of 538,500. With an average of 2.3 people per dwelling this means that 641 new dwellings each day would be required to house all of these people.

There will be around 10 million more people living in the UK by 2039 if this trend continues. Even if Brexit restricts immigration it will be at least another 10 years before reductions in the population work their way through the system.