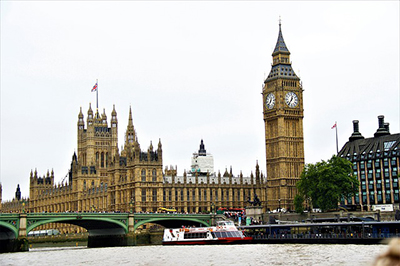 The victory for the Conservative Party in the recent UK election has given the property industry a real lift. The feeling is that all of the political uncertainty will now see a resolution for Brexit and will see some new housing policies introduced.

All around the industry there was a big sigh of relief that the deadlock in Westminster was finally broken. Industry experts were less concerned with the result than the fact that there should now be real clarity around Brexit. This in turn will give the housing market a much needed boost and confidence will return to the business of buying and selling property.

One of the best things about the election result is that with a clear majority Prime Minister Boris Johnson can get Brexit across the line. There are other issues that have been neglected because of Brexit and now these can be tackled as well.

The Conservatives have been talking about a number of issues that affect the housing market such as stamp duty reforms for the top end of the property market, the building of more houses and a reform of the property planning system. Talk is cheap of course and they need to make good on these promises.

Predicted Rise in the Housing Market in 2020

There has been a lot of talk about a spike in the property market after the election result was announced. People should be a lot more confident about buying and selling properties on the basis that the Prime Minister will ensure that the UK leaves the EU as they had planned to.

It is also likely that there will be an upturn in foreign investment in UK properties as well. The pound has climbed since the Conservative victory and experts predict that this will continue into 2020. Foreign investors will be buoyed by this and the level of investment from overseas is almost certain to rise.

Some Uncertainties will remain

Leaving the EU as planned is one thing but there still remains the uncertainty about the trade deals Britain is likely to agree with European countries. The outcome of these deals will have a significant impact on the UK economy and if this is negative then this will certainly impact the housing market.

Only time will tell with this. It is going to take a while to get all of the necessary deals agreed and put in place so the fallout from this will occur later next year. That shouldn’t prevent a surge in the housing market before this time.

What the Conservative Party majority victory does do is remove the short term uncertainty around a “no deal” Brexit which most were dreading. This does not take away the medium term uncertainty surrounding our exit from the EU.

What does this mean for Property Investors?

You can expect to see GDP growth in 2020 and the employment levels to continue to be high. The high demand in the private rental sector will continue and if you are using a “flip” strategy then there should be more property buyers in the New Year.

The property market lives and dies on confidence. If the mood of the nation is up then there is usually always more activity. Economic growth always leads to more property buying and selling so the immediate future looks bright.