In The United Kingdom There Are Many Property Millionaires

In The United Kingdom There Are Many Property Millionaires 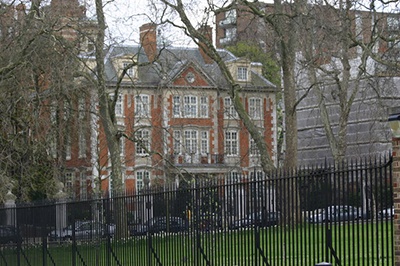 If you are new to owning property and feel a little hesitant about it then this will motivate you to take the plunge for sure. Zoopla have just provided figures that estimate there are more than 750,000 property millionaires in the United Kingdom. Take a minute to think about how large a number that is.

It is true that most of these millionaires are in the South. A lot of homes in the South of England have houses that have a value of at least £1 million. The number of properties valued at a million or over in the UK has risen by 23% from the estimates provided in August 2016. This is incredible when you think that overall the housing market has slowed down.

The UK is very Skewed when it comes to Property

Of course these property owners are millionaires on paper. No account has been taken of any mortgages which may be associated with the properties valued over £1 million. Also if owners want to cash in they would be subjected to capital gains tax in a big way.

Venturing outside London the next town with an impressive number of property millionaires is Guildford in Surrey. Here there are an estimated 6,000 homes worth more than a million. Reading and Cambridge also fared pretty well too.

The town with the biggest concentration of property millionaires was Beaconsfield in Buckinghamshire. The estimates there suggest a staggering 49% of properties have a value of £1 million or more. Beaconsfield has around 12,000 people.

How long will this continue?

There are differing views on this. Some believe that house values over £1 million will remain flat while others believe that there is likely to be a decline. The property market in the UK has seen the prices of houses fall for two consecutive months (December 2017 – January 2018) and the main reason for this is the decrease in disposable income.

In January 2018 average house prices fell by 0.6%. There was an 0.8% decrease in December 2017. This is the slowest rate for a number of months. Does this mean that properties valued at over £1 million will drop their price? Not necessarily.