Keep Your Finger On The Pulse Of UK House Prices

Keep Your Finger On The Pulse Of UK House Prices 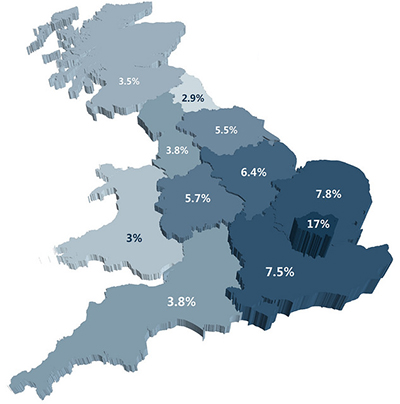 When you are a property investor, you are at the mercy of house price trends. This can be really good news or devastatingly bad. It is always a good idea to stay in tune with what is going on in the market in your chosen areas.

House Prices Are On The Up In The UK

At the time of publishing this post (June 2016), UK house prices are forecast to go up. In January of 2016 the average price for a home in the United Kingdom was £200,000. This means that there has been an average rise of over £8,000 in just twelve months.

The Nationwide Building society reported a 0.3% month on month growth in January 2016, and they have predicted that the growth rate will pick up even more for the rest of the year. Reasons for this are the stronger employment market, and the increased willingness of financial institutions to lend.

UK property values are around 4.4% higher than last year, and this modest growth in house prices is expected to continue. The demand for homes is up as the employment situation has improved and wages are increasing for workers. Interest rates are also predicted to remain on hold for the foreseeable future.

There Is A shortage Of Homes At The Moment

There are not enough homes for sale in the UK for the buyers that want them. Although this can be considered good news for investors, it will be a lot tougher to find good properties to invest in. A 6% rise in house prices over the year for 2016 is predicted by many.

The situation in the housing market, and the holding of interest rates has lead to lenders flooding the market with cheaper mortgage offers and packages. The Bank of England are unlikely to raise interest rates until the fourth quarter of 2016 at the earliest.

Is It All Good News?

Unfortunately not. If your target areas include the East of the country, London, the South East, the South West and the West Midlands then you should see good house price growth. The highest growth rate has been in the East of England, where prices are up 8.4% on last year.

There are many people that believe that this house price rising trend will end soon. There has already been a fall in the number of property purchase enquiries in April 2016. The main reason for this was cited as uncertainty about the EU membership referendum.

Concerns about the strength of the UK economy are being expressed as well. The global financial market did not have a very good start to the year due to falling oil prices and a slowing of the economy in China.

Brazil and Russia are experiencing similar slowdowns and these could all have an impact on what happens in the UK. The market for housing will always change, so check back here often for the latest news and predictions.