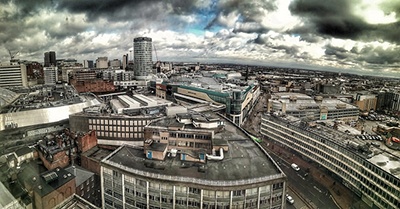 The UK is bracing itself for its divorce with the European Union in March 2019. This will be a very interesting time for property investment with some fearing the worst while others are optimistic. We believe that the major cities in England will remain strong after Brexit and we will explain why a little later.

While Brexit will have a role to play in the property investment market in 2019 it is unclear how things will pan out. But we all must try and predict what will happen and where the next investment hot spots will be. A good way to do this is to think about where the highest demand for property will be in 2019.

Young People want to live in the Big Cities

Young people want to be where the employment opportunities are. They also like being where the action is. As a result you can expect that the big cities in the UK will be a target and the demand for property purchases and rentals will increase. The populations in the big cities are rising in most cases and should continue to do so in 2019.

The government’s housing solution for the UK has been painfully slow. In fact they are falling further behind with each passing year when it comes to meeting the demand for housing. The recent announcement in the budget to build 13,000 new homes will not even make a dent in the problem.

In the largest cities the housing problem is at its worst. There is extreme demand for housing in some of these cities which is good news for you as a property investor. With this in mind we will take a look at three of England’s biggest cities and what the future holds for them in property investment terms.

You may be surprised to learn that we rate Birmingham as the top property investment hot spot for 2019. The city has one of the youngest populations in the UK and young people are fighting to live there and take advantage of the five universities it has to offer.

Birmingham scores really well when it comes to graduate retention rates. It ranks number 6 in the UK overall. The inflow of graduates that do not have a connection to the city is impressive too and it is third in the UK for this.

There are around 65,000 graduates in Birmingham at the moment and this is very likely to rise in 2019 and beyond. The demand for up market homes in the city is sure to increase due to this and the future looks bright.

Take a good look at Manchester

The population estimates for Manchester suggest a significant increase over the next 25 years. Manchester has already experienced significant growth over the last few years and has attracted the attention of employment giants like IBM as a strong global location for the future.

Bright and enthusiastic young people are flocking to Manchester. It has a high level of graduate returners and graduate inflow where there is no connection to Manchester. Amazon based its Amazon Academy there to help businesses develop.

London is another English city where the growth prospects are good. Employment prospects look bright for young people and the demand for properties is certain to rise. We predict that the buy to let market will be a hotspot in the capital in 2019 as young professionals are favouring renting to buying.