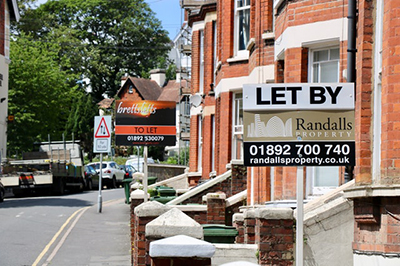 The private rental sector in the UK was stable in December 2019. Average rents for the month were close to those recorded for November 2019. Goodlord’s current Rental Index paints a stable picture for the private rental market in the UK. There was the inevitable slow down around the Christmas period but other than that things look good.

Goodlord reported that of the eight regions they monitor for rental prices, some stayed at the same level for November but there were a couple of slight dips. The largest dip was a 3% drop in the North East of England which drove average rental prices down to £588 from £607.

There were some small increases as well with Wales showing a 3% rise in rental prices, the North West of England experienced the same 3% rise and even Greater London (which has taken a real battering over recent years) recorded a 2% increase in rental prices.

All of this means that the average rent in the UK private rental sector for December 2019 was £902. The annual average for rents in the UK for 2019 was £927 per month. So things are all good at the moment.

Other notable Trends from the Goodlord Index

It will probably not come as a surprise to you that the most expensive location for rent prices is London. The most affordable rent prices in the United Kingdom can be found in Wales, the Midlands and the North East of England.

These numbers are encouraging because traditionally from the middle of November through to December sees a real slowdown in the private rental sector. There were only slight rent price reductions recorded in a couple of regions and there were modest increases in other regions as well.

The reduction of void periods during the period was also good news. There were a lot of tenants who wanted to get their tenancy agreements finalised before the Christmas holidays started.

So the next time that you read those sensationalist headlines about the UK buy to let market being dead you will know better. The demand for private rentals remains strong and this is likely to be the case for a long time. We can only see rents rising further rather than decreasing.