Reasons To Do Business in Sevenoaks

Home Business Testimonials Reasons To Do Business in Sevenoaks
NextPrevious

Reasons To Do Business in Sevenoaks

Despite its modest population, Sevenoaks has quickly emerged as one of Kent’s most popular locales. For small business owners, this translates into big opportunities. So why set up shop in Sevenoaks? Here are five reasons why this picturesque corner of England is a superlative choice for 2016: 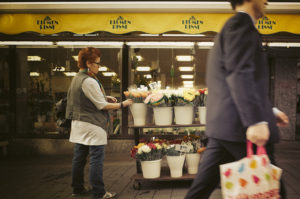 Kent is renowned as one of Britain’s hottest up and coming local economies, and the figures speak for themselves. Last year research from chartered accountancy group UHY Hacker Young revealed that in the five years following the credit crunch the county’s Gross Value Added (GVA) significantly surpassed that of the national average. Overall its contribution to the nation’s economy grew by 10.6% compared to the 9% UK average. This is largely due to a glut of local developments in the area, including the new Bligh’s development.

When it comes to proximity to the capital Sevenoaks is one of Kent’s most well positioned towns.  It’s located just 21 miles south-east of Charing Cross which means getting into the capital during rush hour can be done in less than an hour.

Thanks to its attractive credentials Sevenoaks is enjoying unprecedented growth. It’s population of 30,000 is on the rise, with an increasing number of London commuters finding it far more affordable to settle in Kent. For businesses, this means a continually growing market.

Sevenoaks may not enjoy the prestige of London but it still boasts a wonderfully dynamic local community. It’s got one of the South-East’s busiest commuter train stations, is home to a coveted private co-educational school that pioneered the International Baccalaureate exam, the bustling Bank Street highstreet and the world famous, National Trust protected Knole House, complete with a 1,000-acre deer park. It’s charm also makes it one of Kent’s most popular tourism destinations, which further augments opportunities for local businesses.

An up and coming property market

Fuelled by London commuters in search of location and affordability, the Sevenoaks property market is becoming increasingly lucrative. There’s a huge range of properties on offer, from luxurious detached family homes and Victorian terrace cottages to brand new developments such as ‘The Edge’ on Mount Harry Road. A flourishing property market goes hand in hand with a flourishing economy, which makes Sevenoaks a savvy choice for SMEs in search of opportunities in 2016.

Need help finding the perfect premises in Sevenoaks? Give us a call today to chat about how we can get your business up and running.