Kent To London: The Best Kent Commuter Towns and Villages [2021]

Kent To London: The Best Kent Commuter Towns and Villages [2021]

I think you will agree with me when I say:

London’s house prices are unaffordable for most people working in the capital nowadays and so it’s increasingly more difficult for people to live near their workplaces.

As a result, many people working in London have turned to Kent as a great place to live because of their daily commute.

And today I’m going to show you some of the reasons why and which towns and villages in Kent have been chosen as some of the best commuter towns for London.

So is Kent a Good Place to Live for London Commuters?

Over the past 5 – 10 years Kent has emerged as a hotspot for London Commuters in search of affordable property in close proximity to the capital. Market towns and villages have emerged as some of the best places to live in Kent and are hugely popular choices. Boasting good commuter links, as well as established communities. From grammar schools and day care centres to shopping centres and local high streets, the London exodus is doing wonderful things for Kent’s economy.

Kent is getting more and more popular as more Londoners succumb to its charm and decide that commuting is worth it. But what are the charms Kent is offering? Here are five of my favourites:

Whether you’re looking for easy access to London or you want to be able to ride the rails to Paris or Brussels on a whim, Kent is undeniably well connected. There are multiple trains every hour to London St. Pancras, Victoria, London Bridge, Cannon Street and Charing Cross, to name but a few. Kent is served by South Eastern Railways. For those who prefer to commute by car, the county also has two major motorways, the M2 and the M20.

Nowhere else in the UK can boast of coasts like those in Kent. Its wealth of Blue Flag beaches is almost unbelievable until you’ve seen them for yourself. Whether you care to ride the waves on the excellent surfing beaches in Joss Bay, or bask on the white sand beaches of Botany Bay, there’s something for every seaside lover. The beautiful coastal region also lends itself to gorgeous views that rival anything else the UK has to offer.

Plenty of areas in Kent, but particularly the east coast, are enjoying a positive renaissance of creative culture. Turner Contemporary is undisputedly one of the most important galleries in the UK. Dreamland Margate is an amusement park unlike any other, seducing park goers with its retro chic, this vintage park is the brainchild of famous designer Wayne Hemingway. Kent’s variety of Universities foster a lively youth culture, which certainly contributes to the region’s penchant for creative expression.

Kent is well known for its wealth of fresh produce. The pride its local and transplanted chefs take in transforming its natural bounty, are things that foodies’ dreams are made of. Food festivals are also popular, with the local Whitstable Oyster Festival drawing huge crowds; if wine is more your thing, Hush Heath, Biddenden Vineyards, and Chapel Down all invite you to come for a tour and tasting. As if that weren’t enough, the UK’s oldest brewer also resides in Kent, along with a multitude of trendy micro-pubs, so beer lovers will be more than satisfied with their selection.

5) A Bright Future Ahead

Kent’s popularity because of it’s proximity to London, property market opportunities, values, and future prospects ensure that this region is just getting started. There’s never been a better time to make the move.

The Best Places to Live in Kent For Commuters

A report carried out by credit report company Totally Money in 2019 of London’s best commuter hotspots named four Kent Towns in their top fifty (116 places were studied in total). The report was based on the following criteria;

Six Towns and Villages Perfect for Commutes to London

In another report, this time by Country Life, of the best places to live in the United Kingdom, cited six towns and villages in Kent that were perfect for commutes to London. The towns and villages are not in any particular order.

If you are looking for a picturesque village, then Westerham is it. There is always a lot going on in the village, and there is a golf club, the Fleapit Cinema Club and lots of pubs and restaurants. It is not far from Chartwell, and if you are a fan of Winston Churchill you are in for a treat.

After a 9 minute drive to Oxted Station, you can arrive at London Victoria just 40 minutes later. There are 6 trains an hour during peak times, and the first train is at 6am and the last train back leaves at 11.47pm. An annual train season ticket cost is £2484. [2021]

Visit Westerham have lots of images and great details on places to visit and daily life in Westerham.

Situated close to Royal Tunbridge Wells and Tonbridge, Otford is a fairly quiet village that boasts the best roundabout in the UK. It is the only listed roundabout in the country, and has a duck pond to boot. If sport is your thing, then cricket and football matches can be found in Otford. There is a very good school as well.

From Otford railway station you will reach Victoria in London in just 39 minutes. During peak hours, there are 5 trains to London. If you have an early start then catch the 5.46 am and if you have to work late then the last train leaves Victoria at 12.07 am. Season ticket around £3,804.  [2021]

For amazing tips and info on visiting Otford take a look at the Visit Otford Website.

The drive to Tunbridge Wells station takes about 8 minutes, and from there you can be in Charing Cross, London in just under an hour. There are 5 trains an hour at peak times, and the first train leaves Tunbridge Wells at 5.21 am. The last train from Charing Cross leaves at 12.15 am. An annual season ticket is around £5,056. [2021]

Check out the Langton Green’s villages website for lots of great local knowledge.

Aldington is a truly historic village in the Kent countryside. Overlooking Romney Marsh, Aldington was once an enclave for smugglers. It has a traditional bakery, pub, general store and there is a cricket club.

The best way to commute is on the Ashford International. It takes around 16 minutes to get to the station and then another 39 minutes to arrive at London, St Pancras. There are 3 trains per hour at peak times, and the first one leaves at 5.13am and the last train home is at 12.12 am. An annual ticket will cost around £5,260. [2021]

Kent Live have some great news on Aldington.

Cranbrook is a very pretty town and has an excellent grammar school that has a good write up in the Good Schools Guide. The town also has a Michelin starred restaurant called Apicius, and there is also the fantastic Weald Smokery which serves amazing smoked meat and fish dishes.

Staplehurst station is about 11 minutes drive, and there are 3 trains an hour during peak which will get you to London Bridge in about 53 minutes. The first train to London leaves at 5.30 am and the last train back departs at 11.49 pm. A yearly season ticket is around £5,424. [2021] 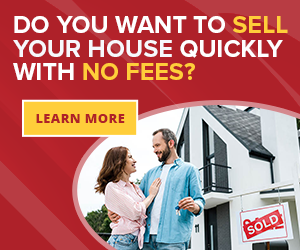 Take a look at the Official Website of the Capital of the Weald of Kent for more info.

Another attractive village, Penshurst is located in the Weald of Kent and there is a lot of beautiful surrounding countryside and the opportunity to take great walks. The cricket pitch is the oldest privately owned pitch in the world. You will find shops, a tea room, a number of pubs and a good primary school in the village.

The best way to get to London is to take a 10 minute drive to Hildenborough, and you will arrive at Charing Cross station 45 minutes later. Five peak hour trains are available, and the first leaves at 4.56 am and the last train home is at 12.15 am. An annual season ticket will cost around £4,356. [2021]

Penshurst Online has some lovely advice on this beautiful Kent village.

In 2016 Wrotham and Sandwich emerged as two up and coming commuter hotspots, tempting Londoners with cheaper prices than their popular counterparts such as Tunbridge Wells, Sevenoaks, Canterbury and Rochester.

Located on the border of North Downs, Wrotham has enjoyed a 30+% increase in house prices since 2008. Now, the average home sells for around £450,00. This makes it far more affordable than the ludicrously priced London market. With a bustling high street, 13th century church and myriad of bars, cafes and restaurants, Wrotham dishes up plenty of Kentish charm. Plus, it’s just five miles from the lively hub of Sevenoaks. Best of all, it takes just 43 minutes to get to Victoria via train, with an annual season pass costing just £4,344. [2021]

As a far-flung Kent market town, Sandwich is another attractive option. With its timber-framed medieval buildings, friendly vibe and coastal proximity, it’s got it all, including a cricket club, tennis centre and several nature reserves. Even the most adamant of city clickers won’t be able to resist its slow-paced lifestyle and inherent sense of tranquillity. While it takes a little longer to get to central London local real estate agents still hail it as a hugely popular choice with commuters. Needless to say, it’s largely due to the newish High Speed train link. The current annual cost for a season ticket is £5,948. [2021]

Kent has Some of the Best London Commuter Towns

So, as you can see Kent has a lot to offer for London Commuters. There are many options at all different price ranges of places to live in Kent. Set within wonderful countryside, amazing places to visit, diverse culture, amazing prospects for the future, when are you moving?

Do you currently commute from Kent to London? Or are you thinking of moving to one of Kent’s Commuter Towns? If so, please add a comment below on which town or village you commute from or where you are looking to move to. Thank you and have a great day.