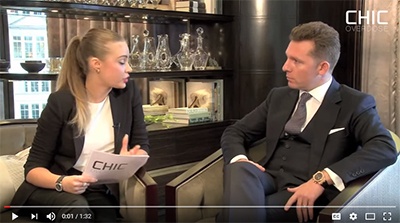 The mindset of the British people is wrong according to Nick Candy, entrepreneur and property investor. And who is going to argue with him? Nick and his brother Christian started out with a £6000 loan and they turned that into a £9 billion property empire.

Back in 1995 the brothers borrowed £6000 from their grandmother and purchased a one bedroomed flat in Earls Court, London. They lived in the flat for 18 months and renovated it. They purchased the property for £122,000 and sold it for £172,000.

They invested this £50,000 into a similar property and made £90,000 on that one. It was the beginning of an amazing success story. In 2007 they purchased Chelsea Barracks and paid £900 million for it. They made an absolute fortune from this development.

What the Candy brothers did is go after the top end of the market where money was no object. They watched and listened very carefully and then delivered everything that these people desired. At a high price of course. Nick Candy explained that the jet set crowd are more worried about time than anything else and therefore they will pay a premium to get what they want.

Another successful development was Chesham Place in Belgravia. The apartment sold for millions and the brothers made it totally plush so that it would appeal to the money set. The brothers worked very hard on the development as they still do with all of their developments today.

The Credit Crunch Did Not Affect Them

When the credit crunch hit the brothers were not at all disturbed by this. They continued to sell property for millions as the credit crises did not have the same impact on the super rich as it did on other people. They just carried on as usual.

They had truly found their niche and have made a fortune from it. They literally started out with nothing and used their determination and enthusiasm for the property investment business to get them where they are today. The two of them are an inspiration to us all. The right idea, the determination to succeed and the tenacity to overcome the obstacles that were put in front of them won the day.

You Can Be Successful Too

There is absolutely no reason why you cannot be as successful as Nick and Christian. When times were tough the one thing that they always had was each other which is why it is a good thing to find an experienced partner to work with in property investment. Contact us here for more details.

Please watch this short video where Nick Candy talks about dream selling and the British mentality.