What Damage Has Brexit Caused The UK Property Market?

What Damage Has Brexit Caused The UK Property Market? 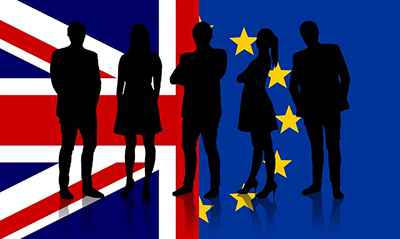 Let’s face it, Brexit is a mess at the moment and this has definitely had an impact on the reputation of the United Kingdom with other countries. It must be very satisfying for countries that want to trade with the UK once Brexit has happened.

The indecision around Brexit in Parliament is making the country a laughing stock overseas. They must be thinking that the UK government has no control and is in turmoil. There is now going to be a general election in the UK in December. Could it get any worse? How is this impacting us as property investors in the UK?

How Brexit has affected the Standing of the UK Overseas

The UK economy is still one of the worlds largest. This is the main reason why people have been trying to prevent the United Kingdom leaving the European Union as much as possible. Yes there was a referendum where the people voted to leave. But UK politicians think that they know better than the people.

What must the world be thinking about this at the moment? Most of them will find it funny and also be a bit confused about how the country got into this mess. Most UK citizens are really fed up hearing about Brexit now and just wish a decision would be made.

Brexit has certainly had an impact on pound. Since the referendum result of 2016 sterling has fallen in value against the Euro and the US Dollar. It has recovered a little lately but this fall in value has provided overseas property investors with an opportunity to acquire properties in the UK. If the pound recovers again then this opportunity is likely to disappear.

There is still Long Term Potential in the UK Property Market

There are many people who believe that leaving the European Union will be a disaster for the UK and the property market. But seasoned UK property investors disagree. While it is true that a cheaper pound has increased the number of overseas property investors, the UK is so attractive to them they probably would have invested anyway at the higher sterling rates.

Think about it – the current population of the UK is around 66 million and this is rising all the time. This has resulted in strong demands for rental properties as well as for the building of new homes.

The building of new houses is not happening anywhere near fast enough. It has not even satisfied long term housing demands let alone the predictions for long term demand. There will not be a collapse of the property market in the UK because of Brexit. It may have damaged the reputation of the country overseas but this will be forgotten quickly.

With a lack of new housing and a growing population the demand for rentals will be there over the long term.

Take the Emotion out of it

Regardless of what you think about Brexit and the mess the country is in what do you see when you look at the UK property market without all of the emotion of leaving the EU? Is there really going to be a mass exodus of EU citizens leaving the UK? It’s not likely. After Brexit EU citizens will just have to use the latest immigration process to live in the UK.

So this means that the population of the United Kingdom will still keep growing and there are not enough homes for everyone at the moment. The demand for rental properties will stay strong and increase. Just think long term with your property investment and discount all of the Brexit hype.