What Does 2016 Hold For Property Investment?

What Does 2016 Hold For Property Investment?

Let’s face it, 2015 was a pretty good year for property investment and if the early signs are right it seems that 2016 will be a good year too. At the start of 2015 a cautious approach was advised because of the election but as we all know that turned out well.

Property Bargains Can Be Found In The North 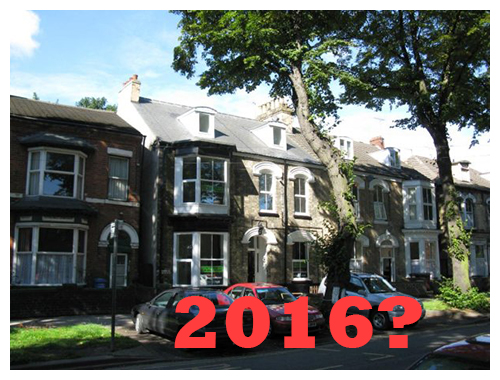 The number of bargain properties to be found in the North of England looks like continuing. A lot of property investors don’t look outside of the South East and they are missing out on the bargains that can be found in Sheffield, Manchester, Newcastle and Liverpool.

A lot of smart investors realized this in 2015 and Northern England saw an increase in property investment. All of the major cities are trying to attract young talent and are positioning themselves as a good alternative to London.

A good example of this is Leeds. The city has grown considerably over the last few years and is now seen as a big financial centre. This has lead to a lot of young professionals that are based in the North choosing Leeds over London. The property market there is benefiting accordingly.

Sheffield is making similar strides in the tech sector. It is 9th in the country for tech now and the signs are that it will rise even higher. Tech professionals are considering Sheffield in preference to London and Cambridge and the property market is moving in the right direction as a result.

Is London Worth Considering?

Does all of this mean that property investment in London is dead? No, London still offers one of the most stable markets for property in the country. Many investors see property within the M25 as a very safe bet and there is nothing to suggest that this will change in 2016.

The problem with London is that it is very competitive and the market is pretty saturated. There are so many investors going after the same properties that the prices are driven to high levels and finding good properties with potential are difficult to find.

Having said that, there are 3 London boroughs that stand out in terms of opportunity for property investment. A lot of investors are looking at Newham as it has the ExCel centre and London’s City Airport and the Crossrail is coming soon.

Croydon is also on the up with investment in two large shopping centres planned as well as a lot of other construction. Just up the road is Camberwell where the crime figures are down and the borough is reaping the rewards of neighbouring Brixton’s turnaround.

What About The Rest Of The Country?

There will be opportunities for property investment in other cities in 2016. There is a lot of interest in Birmingham, Glasgow, Bradford, Southampton and Milton Keynes. These cities are all growing and attracting young professionals.

Things are looking good in general for 2016. Looking outside of the South East could be the key to your success.