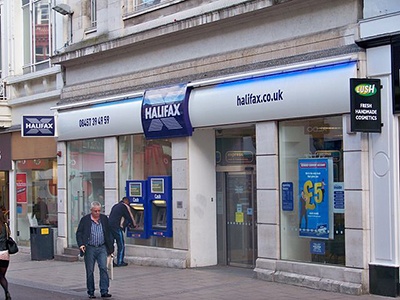 The Halifax published a survey recently that showed a slowing in growth of house prices despite an increase of prices this year. From March to May 2018 house prices were measured as 1.9% higher than they were at the same time last year. But this increase is slower than the annual growth figure of 2.2%.

The Halifax stated that the month on month numbers are more unstable than yearly or quarterly numbers. There was a 0.2% increase in house prices over the previous quarter from March to May 2018 and on a yearly basis this is 1.9% higher. Both numbers have seen a decrease against the final months of 2017 where there was a peak.

The Halifax also believed that these latest figures suggest that the housing market in the UK is somewhat subdued. There was a steep rise in mortgage approvals in January 2018 but these have fallen from March to May. The market is stabilizing now as new buyer enquiries and new agreed sales have both stopped falling recently.

House prices are being “propped up” by the continuing growth of the employment market say the Halifax. From January 2018 to March 2018 the UK saw an increase of 202,000 full time employees which is the biggest increase in 3 years.

There has been an easing of the squeeze on real earnings too with the fall of price inflation for consumers and an edging up of pay growth. Interest rates continue to be low so this all means that a person’s ability to afford a mortgage has improved which is certainly helping house prices.

The director of marketing at Foundation Home Loans, Jeff Knight, believes that the latest set of numbers reflects the uncertainty surrounding Brexit. He said that there has been a slight weakening in demand as people are waiting to see how Brexit pans out.

Knight also said that the supply of available housing continues to be a problem and this is another reason why house prices are still on the rise. These inflated house prices are making house purchases out of reach for a lot of people particularly in London.

These people will look to the rental market for now and it is essential that they have more options when it comes to price, quality and location of rental properties and do not have to go through the same pain as buying a house.

There is a lot of talk about house building from the government and the housing industry. The time for talk has come to an end and it is now time for action. It is essential that the gap between supply and demand closes very quickly.