Most Landlords Want To Expand Their Buy To Let Portfolios

Most Landlords Want To Expand Their Buy To Let Portfolios 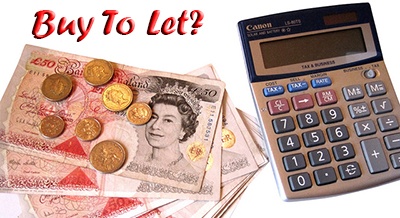 If you follow the UK property investment market there you will no doubt have seen a lot of negativity about buy to let investing. Government changes to stamp duty and tax concessions have fuelled most of this and there are a lot of “experts” out there advising that you should not get involved in the buy to let market.

While the government has certainly made things more difficult for private landlords the predicted mass exodus from the market does not look like it is going to happen. In a recent poll sponsored by The Property Hub, 1250 landlords provided their opinion about the current buy to let market.

There were very few concerns about profitability in the market and almost 80% of the landlords polled said that were determined to expand on their current buy to let portfolios. When asked if they were going to sell up and exit the market over the next three years around 84% of then said that they had no plan to do this.

In fact 66% of the landlords stated that even if the government were to introduce more punitive tax initiatives, like restricting companies from obtaining interest relief, they would not be getting out of the market.

What about Mandatory 3 Year Tenancies?

One of the questions on the poll was about 3 year tenancies and what would happen if they became mandatory. The poll was interested to know what would persuade landlords to support this policy.

A huge 82% of the landlords said that they would get behind the policy if they had assurances that there was a legal mechanism to remove tenants who had rent arrears that was quicker than the fault based method that currently exists.

69% of landlords stated that there needed to be a way that rent increases were permissible and 59% said that they would give the 3 year tenancy policy their support if there was an introduction of more tax incentives tax incentives such as further mortgage interest deductions. Less than 9% said they were totally opposed to the policy.

How about Compulsory Landlord Licensing?

The landlords were asked their view about the possibility of compulsory landlord licensing. Some 37% said that they would support this as long as there was an abolishment of additional schemes locally with the exception of those applicable to HMO’s.

65% of landlords wanted to see some evidence that the introduction of compulsory landlord licensing would weed out the rogue landlords. Specifically they wanted to be convinced that the detection and punishment of non registrations was evident.

Your Move conducted a survey throughout England and Wales recently to determine the average returns that landlords can expect. The overall findings showed that buy to let investing still provided a higher return than the average for savings accounts.

The survey revealed that across England and Wales there was an average yield of 4.4% experienced by landlords in June, July and August of 2018. The north of England saw the best yields and London had the worst.