Not Many Takers For Nottingham’s New Licensing Scheme For Landlords

Not Many Takers For Nottingham’s New Licensing Scheme For Landlords 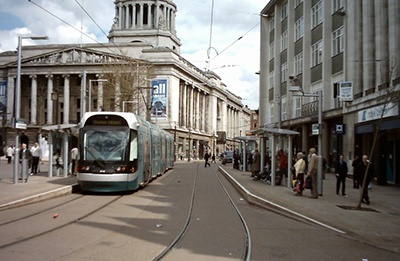 Nottingham council introduced a new licensing scheme for landlords in specific areas and the take up has been very low. The council has introduced the scheme in an attempt to raise standards in the private rental sector. They want to ensure that private tenants can rent homes that are well managed, comfortable and safe.

The low take up is a bit surprising given that the council has threatened to impose fines of up to £30,000 on non licensed landlords. It is estimated that 94% of landlords in the specified areas will require a license but so far the applications have been around 10%.

What are the Details of the Licensing Scheme?

These are the areas in Nottingham where all landlords will require licenses:

This means that around 32,000 properties will need a new license but recent data on the number of applications is only around the 3,140 mark.

What are the Reasons for the Low Take Up?

It appears as if Nottingham council has not helped themselves in this area. They have not contacted a single landlord directly and with the current system in place it can take several weeks to get just one application through.

It is also understandable that landlords do not want to pay this additional tax on their buy to let properties. The costs can really mount up if a landlord has several properties in their portfolio. There are some landlords in the area that will have to pay for 50 properties which is a significant expense.

What will be the Likely Fallout from this new Licensing?

If landlords are going to have to pay for a property license, which it looks like they will be, then this is going to force rents up in the affected areas. Predictions of a £25 per month increase are likely as landlords look to cover this additional cost.

Some landlords are already selling up or making plans to do so. A well known landlord, Jackie Standen, inherited 35 properties in Nottingham and will have to pay out £16,000 for licenses. It is unlikely that she will do this and her properties will soon be up for sale.

Nottingham City Council will be laughing all the way to the bank as this new licensing will generate £20 million for them. But this comes at the risk of tenants having to pay higher rents and landlords selling their properties because they do not have the money to pay for licenses.

The key question is “will these new licenses mean better living conditions for tenants?” Well some rental properties in the areas are already meeting these high standards without the need for a license. How many that do not meet the required standards is unknown.