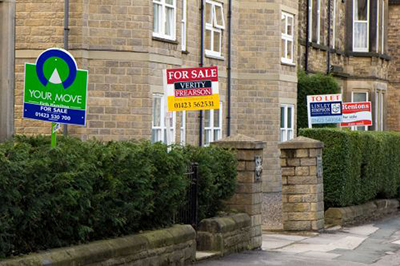 There was a recent report by the Nationwide Building Society that confirmed that the annual growth for house prices in the UK was at 2.3% at the end of February 2020. This is great news for UK property investors whatever strategy you are using for your business.

Why is this figure so great? Well 2.3% is the strongest growth rate for nearly two years and it is an increase on the end of January 2020 figure of 1.9%.  What all of this means is that at the time of writing this article (first week of March 2020), the average house price in the United Kingdom is £216,092.

What is the main reason that UK House Prices continue to recover?

For five consecutive months house prices in the UK have increased. Although some months were prior to the last general election, the most recent growth of UK house prices has been linked directly to the political climate having less volatility.

In the last month or two of 2019 there was a paralysing of the economy in the UK due in part to members of parliament trying to go against the desire of the British public and a lot of political infighting.

Once Boris Johnson became leader and announced the December 2019 general election there was a big sigh of relief and the British public believed that there would be a final resolution to the Brexit issue which was causing so much uncertainty.

There are other reasons that we feel contributed significantly to the steady rise in UK house prices:

The Employment Market in the UK

The UK employment market has been fairly buoyant despite the fact that the economy of the country experienced a flat lining from October 2019 to December 2019. Jobs were still in plentiful supply and more people left the ranks of the unemployed.

As a result of this buoyant job market there are more buyers available for the limited amount of housing stock available in the country. An increase in the number of buyers always promotes a degree of competition and house prices rise due to this.

At the time of writing this post the situation with base rates in the UK is unclear. There have certainly been signs in the last few weeks that a base rate fall was imminent but this didn’t happen and a lot of experts have been surprised by the robustness of the economy in the UK.

So this means that borrowing levels continue to be low for the purchase of properties. A lot of potential buyers have taken advantage of this, and so have property investors, which resulted in an increase in property purchase transactions.

Although all looks good right now there are still a couple of major threats to house price levels in the UK. The first of these is Brexit. Although the country has some good direction in the short to medium term with Brexit, negotiations with the EU are going to be tough and protracted. Right now it is difficult to predict how Brexit will turn out for the UK economy.

The second major threat is the coronavirus. It has had a pretty devastating effect in the Chinese private rental market for example, and so far it has not impacted private landlords in the UK.

But as the number of cases increases across the world it is very likely that the economy in Britain will suffer in the next few weeks. When this happens the demand for properties could fall and the house prices too.