UK Rent Rises Slow At The Moment But This Will Improve

UK Rent Rises Slow At The Moment But This Will Improve 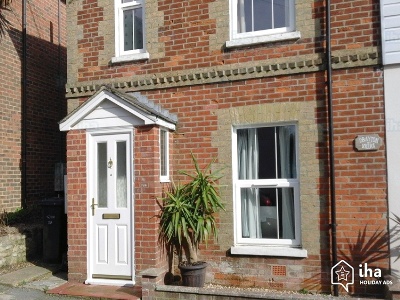 Rents have been steadily rising over the last few years and in November 2017 they fell for the first time in a long time. The main reason for this slow down is the slow rental growth in London. This has skewed the national rental average downwards.

In November 2017 average national rents fell by 0.01%. In the capital the fall in the same period was 0.83% which severely affected the national figures. In fact outside of London there was resilient rental growth of 1.27%.

There was consistent growth in rent prices across most of the country in 2017. The most significant gains were in the South West and the East Midlands. The recorded increases in these areas were 1.63% and 2.13% respectively.

The impact of this growth was that there was a 0.53% increase on average rents across the United Kingdom between 2016 and 2017. This was around 50% of the growth in previous years which had been in the region of 1.22% growth.

These rent figures were published by Landbay who are a buy to let lender. They also revealed that at the end of 2017 the average rent in the United Kingdom is at a record high of £1,196 per month which is a marginal increase from the previous year where the average was £1,190 per month.

Landbay also disclosed that rents had fallen in 26 London boroughs out of a total of 33. However they were quick to warn that renters in London are not expected to benefit from these drops in rental prices for very long.

Landlords have had some Help

There have been many challenges facing landlords in the last couple of years with the introduction of tax relief reductions, a hike in buy to let stamp duty and much tougher regulation.

But there are two important factors that have helped landlords bare this burden and not resort to rent hikes. The first of these is the Term Funding Scheme (TFS) from the Bank of England. This has lead to significant amounts of cheap capital flowing into banks. And the second reason the cost of borrowing is still low with the low interest rates.

Unfortunately these benefits will not last. The TFS money will stop in February 2018 and there is bound to be a rise in interest rates soon. This will result in pressure coming on to rents and a rent rise is looking pretty inevitable.

Outside of London there is an expected increase in rents this year. This is particularly likely in commuter hotspots such as the East of the country. Many people are choosing to live in the East as there are a number of benefits one of which is the affordability of living there.