Young Entrepreneurs Making A Killing In The Property Investment Business

Young Entrepreneurs Making A Killing In The Property Investment Business 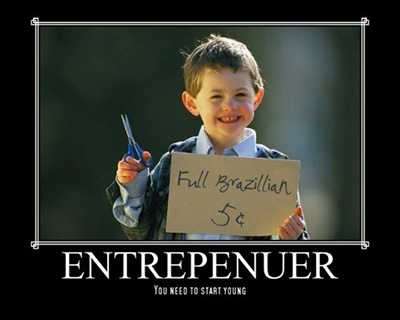 A number of people have been put off property investment because of the 2008/2009 financial crisis but today’s post proves how wrong they are. Here we will be looking at the achievements of 5 sets of young entrepreneurs (first profiled by cityam.com) that have made it in property investment recently. Their drive and enthusiasm, combined with new entrepreneurial thinking proves that anything is possible.

This young couple formed the G & T development company in 2010 when they were 23 and 24, and started to renovate flats of high value in central locations. They carried out a very successful refurbishment of a Georgian building in Islington, London in 2014 and it sold for more than £5 million.

They are now the Adir group and have £50 million in development. The couple put their success down to finding a niche and not aiming to compete at the top end of the market. They were never daunted by their property investment business and did not let their young age deter them.

Reza Merchant is CEO of The Collective, which aims to help young people take the first step towards affordable independent living. Merchant claims that property development is not in step with how people are living and working these days so he developed a new model.

He focussed on the young professionals market and in only five years The Collective has developments worth £242 million across 6 multi unit buildings in good locations such as Camden, Old Oak Common and Bayswater. Merchant started the business in 2010 when he saw that there was massive demand for good properties to be let at affordable rates.

Gary saw the depressing times of 2009 as an opportunity when he was only 23. He played around with residential rentals and refurbishments before obtaining funding for his first multi unit development in Fulham which was very successful. He now has a portfolio of over £300 million.

Linton describes himself as a “boutique developer” rather than a general home builder. It is important that each project he tackles has a sense of community and place and a connection with the people that live and work in London.

Edo comes from a family of developers and he started back in 2007. He began with basement conversions and extensions but two years later started to source development opportunities for clients and his own company. These projects helped to build his credibility so that he was able to achieve backing for more ambitious projects such as 6 to 10 apartments.

He said that the young need to be braver when it comes to raising money for property investment. His company now has a significant portfolio that includes around £60 million in development and this includes a new block of contemporary residences and a Victorian bakery.

At the age of 20, Adam and his younger brother Alex formed their property company Pin and Pin and they decided to look overseas for opportunities. They felt that the UK had reached its peak and settled for Croatia. They saw a gap there for high end properties.

They started with the development of a luxury villa and they let this prior to selling it. After this they invested in lots of Dalmation locations and they expect to have more than £22 million in development in 2016.

Get Involved With Property Investment Now

If you partner with us at Creative Property Investors, we will do all of the hard work and use our years of experience in property investment so that we can achieve joint success. Please contact us here for a no obligation discussion about this.

Thanks to cityam.com. You can read the full profile of the young entrepreneurs here.