10 Problem Areas For Selling A House

10 Problem Areas For Selling A House 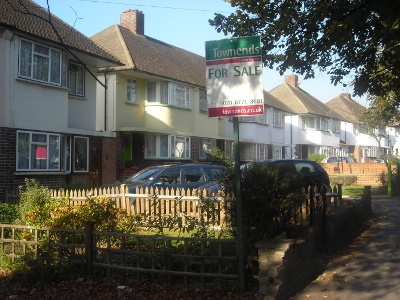 Selling your house is tough enough but it will be even tougher if you have any of the 10 things identified in a recent survey conducted by Porcelain Superstore. Over 1500 participants responded to naming the things that would put them off buying a property and here they are in descending order:

If you house suffers from plumbing problems of any kind then you must get these fixed prior to selling. Do you have any leaks anywhere? Are your pipes banging and making a terrible noise? Whatever the problem get a qualified plumber to sort it out for you.

9. Is your House too close to your Neighbours?

This is in the “you can’t do anything about it” category but the survey revealed that most of the participants would be put off buying a house that was too close to the neighbours. The thought of the neighbours being able to easily spy on them was quite a turn off.

8. No Garage or Parking facilities

Does your house have a garage? What about a drive where cars can park? Without these facilities people can pay a lot more for their auto insurance so this one probably won’t come as a surprise to you. The feelings were so strong about this that 84% of recipients would not buy a house that did not have at least a drive way.

You would have probably guessed this anyway. Most of the participants had this on their list. There were some strange ones as well such as some participants said that if any of the neighbours wore tracksuits they wouldn’t buy the property and others wouldn’t buy if there were rental properties in the street.

This shouldn’t be a surprise either. This is the United Kingdom and everyone loves a garden. Having said that, it wasn’t on all of the participant’s lists. There are at least some people who are happier to do other things with their time than mowing lawns and weeding.

More than half of the participants stated that they would need to meet their potential neighbours before they would agree to purchase. So if you don’t get on with your neighbours now is the time to put a charm offensive in place. They will probably agree as they will want to see the back of you!

If your hose is small then you are going to have a tougher time selling it than if it is big. Do everything that you can to make your small house look bigger. It appears that size definitely matters when it comes to house purchases!

Yes there are some people out there that are looking for a house that they can “do up”, but these were in the minority. Most of the participants expected to have to change paint and wallpaper to their taste but they didn’t want the hassle of fitting a new kitchen or bathroom. One thing that you can certainly do is to make sure your house is clean. 64% said they wouldn’t purchase a dirty house.

What this isn’t number one? It was close. Be sensible with the pricing of your house. Obtain quotes from a minimum of 3 estate agents. Price a little below the norm and you could start a bidding war which can be really good news for you.

1. Where your House is Located

You know – location, location, location. If your house is not in the right area, street, postal code and so on then you are in trouble. No need to worry about this though as there is absolutely nothing that you can do about it!