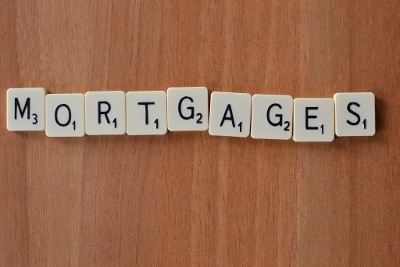 There will be a number of changes introduced soon when it comes to buy to let financing. After this change there could be a number of “weaker” properties offloaded by landlords because they don’t serve the necessary purpose.

The Prudential Regulation Authority, a division of the Bank of England, are introducing new rules on 30 September 2017 that aim at tightening the criteria for lending even more than it is now. This follows very stringent “stress tests” that took place earlier in 2017.

Landlords will need to scrutinize their Portfolio

Landlords will have to thoroughly scrutinise their portfolio when they want to make applications for buy to let financing. This is according to London agency Portico regional director, Mark Lawrinson.

Lawrinson states an example of a landlord holding 6 properties. 4 of these properties are generating sufficient income from renting to take care of the mortgage liabilities but the other 2 properties do not cover the mortgage payments. In this scenario it is unlikely that new mortgage applications would not be granted.

Underperforming Properties coming on to the Market

Because of this Lawrinson believes that there could be a large number of rental properties sold because they don’t cut the mustard. Landlords will want to ditch these underperforming properties to ensure that they can secure future financing.

Rents could rise as a result

Lawrinson also believes that there could be an increase in rental prices as a result of these changes. At the end of the day, landlords need to find ways to make up for any shortfalls in income. They will need extra income to maintain their existing properties to increase their capital value.

Is it already too late?

There is a belief held by the several landlords that it is already too late for any landlords that are looking to remortgage their properties prior to the new changes taking effect. National Landlords Association representative, Richard Blanco, echoed this.

Blanco believes that the majority of financial institutions will assess landlords unfairly. They will apply a 145% x 5.5% prism to make their assessments even though the landlords obtained their original mortgages using criteria that was far looser.

This is likely to imprison current mortgage holders because the landlords will not be able to change their lenders. Branco went on to say that if you do find a new lender they need to have a good reputation for switching clients to more competitive rates after expiration of the initial product.

Some Landlords will pull out of the Buy to Let market

Capricorn Financial have predicted that a number of landlords will withdraw from the buy to let market altogether. They said that some banks have already stated that they will not lend to landlords with existing portfolios or entertain additional loans. Others have taken a different view.

Is this the end of Buy to Let Property Investing?

In London the rental yields are particularly low and with more stringent affordability checks coming quite a few portfolio properties will not make it. This does not mean that buy to let property investing is dead – landlords just have to be a lot savvier over their investments.