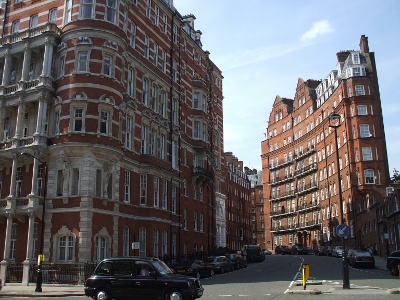 For many years property in Central London was rising in value faster than most other parts of the United Kingdom. One day this bubble had to burst and that happened a couple of years ago. Now it seems that a resurgence in the prime areas of the capital is in evidence as prices are beginning to rise again for properties there.

The Prime Central London property market has been Stagnant

For over two years there has been a stagnation of property prices in the prime areas of the capital. There are two main areas which have contributed to this which are the rise in stamp duty imposed by the British Government and the uncertainty that has come from the UK’s decision to leave the European Community (Brexit).

But it appears that now there is hope and that the stagnation may be ending. According to a leading investment firm who has analysed the Central London property market, prime locations in Central London are seeing an increase in average prices.

A property investment firm located in Central London, London Central Portfolio, claims that the average prices paid for property in prime London locations increased in the second quarter of 2017. This data is the very latest available for Central London property prices.

In this period there have been a number of property deals that had a particularly high price tag but London Central Portfolio do not believe that this has skewed the data findings too much.

The investment firm found that sales volumes in prime Central London locations had actually increased marginally after analyzing the relevant Land Registry data. The data revealed a 4.8% annual increase with the numbers up at 3,885.

London Central Portfolio also discovered that at the end of quarter two 2017 the average prices in prime Central London locations had reached £1,946,151 and this was a 7.9% quarterly price increase.

In the same quarter the most expensive property sale ever recorded by the Land Registry took place. A flat in Knightsbridge sold for a staggering £90 million. Sales of this magnitude are rare and the sector that was the most active for the same period was in the range £5 million to £10 million. In this sector there was an increase in sales of 23% compared to the quarter one figures.

Figures are encouraging for future growth

The chief executive of London Central Portfolio, Naomi Heaton, was enthused by the findings. She said that taking a look at the figures on a monthly basis provided a clear picture of what is really happening in the prime Central London property market.

She went on to state that although there were a number of really large transactions in April and May that enhanced the average prices up to a high of £2.2 million, and also during this period there was the highest ever property sale of £90 million recorded at the Land Registry, the month of June presented a more realistic picture showing average prices at around the £1.65 million mark.