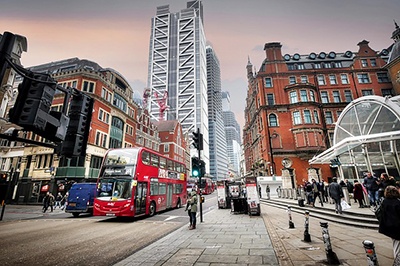 The Hometrack consultancy recently announced that London house price growth is the lowest that it has been for seven years. The prices for houses are down across 42% of London postcodes.

The latest Hometrack cities price index reports that this high level of London postcodes experiencing yearly house price falls means that London’s house price growth rate has fallen to just 1% which is down on last year’s rate of 4.3%. You have to go back to August 2011 for a lower rate of growth for house prices in the capital.

Other Cities are on the rise

At the same time as this fall in house prices in London, cities such as Manchester, Edinburgh and Liverpool are experiencing a price growth rate of more than 7% per year. There are other cities in the country that are seeing higher growth rates too.

What is the main reason for the fall in House Prices?

Inner London has experienced single digit price falls and this has slowed down the capital overall. There are 46 local authorities that comprise the London index and 15 of these have seen falls in house prices.

Although house prices are increasing across the majority of the postcodes in London there has been a decline in those that have registered a positive growth in the last year. There have been a number of taxation changes which have impacted both domestic and overseas investors.

This has put a severe strain on affordability levels for house owners and the uncertainty around Brexit has compounded the problem. Most of these markets are falling by up to 5% each year and there is no sign of an upturn at the moment.

The highest prices for houses can be found in Inner London but the yields are also the lowest here. The decline in house prices is the greatest in Inner London which is interesting as it has the largest number of discretionary buyers.

The time that it takes to sell a house in Inner London has risen as well. The average time to sell a residential property is now 18 weeks which is twice the amount of time it takes to sell properties in the capital’s commuter areas and Outer London.

Taking the current trends into account, Hometrack estimates that house price growth year on year for the whole of London will slip into the negative by mid 2018. This storm has been brewing since 2015 with the introduction of changes in tax laws that impacted UK and overseas investors.

This weakened the demand for high end properties and this soon spread across the capital. Turnover for houses in London is now down 17% on 2014. The London housing market will have to adjust to what people are willing to pay which means that more house price falls are likely.

The good news for London property owners is that the average price of a London home has risen 86% on the levels recorded in 2009. So homeowners in the capital should have a reasonable equity buffer to deal with price falls.