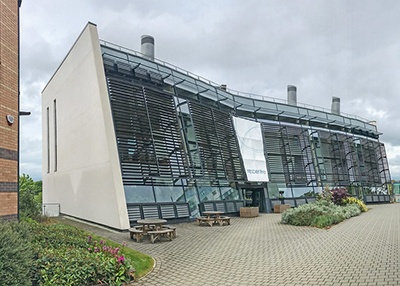 If you are looking for the best buy to let rental yields in the United Kingdom then look no further than postcodes which are in close proximity to universities. This is according to recent research conducted by Howsy the lettings agency.

Howsy took house price and rental price data from PropertyData to examine a number of postcodes in the UK. They were interested in finding the postcodes that provided the highest yields based on the simple formula of the potential rent for 12 months divided by the average price of a property in that postcode.

They made all of the calculations and then ranked their findings. This is excellent data for property investors who are interested in the buy to let market and want to find the locations with the highest potential yields.

The BD1 postcode in Bradford, which includes the centre of the city came out top of the rental yields list. Properties in this postcode are very close to the University of Bradford making them ideal for the student rental market.

Good Yields in the North East and North West

Liverpool in the North West was impressive too with the L7 postcode the best in the area as it is close to both the Royal Liverpool University Hospital and the University of Liverpool. Potential yields here are 9.3%. Other Liverpool postcodes ranked highly too such as L6 with a potential 9.1% yield and L1 with a potential 8.7% yield.

What about other UK Postcodes?

There were a number of other UK postcodes that had the potential for high buy to let yields as well and these include:

Howsy CEO and founder, Calum Brannan, stated that it was not a coincidence that the best buy to let rental yields occur with postcodes that are very close to universities. He recommended that property investors interested in buy to let should take a serious look at these areas.

Is the Student Rental Market for you?

It is true to say that students don’t always make the most ideal tenants. But the good thing about the student rental market is that the demand is high on a consistent basis. Every year there are new arrivals into university areas.

The student rental market usually has short void times and with demand outstripping supply in most areas, landlords are usually in a strong position when it comes to accepting students. Another good thing about the student rental market is that the demand and the average rent prices are rarely affected by what is going on in the housing market generally.