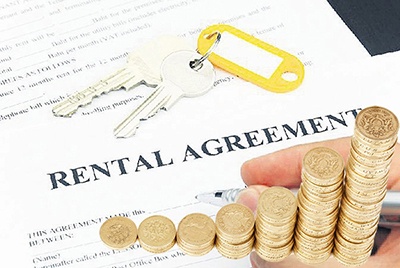 A recent survey by the Royal Institution of Chartered Surveyors (RICS) has predicted that rents will rise by around 2% over the next twelve months across the United Kingdom. The survey also predicted that over the next five years rents in the UK will increase by 15% because of the increased demand for rental properties and the dwindling supply.

This is very good news for existing landlords and for those people considering buy to let property investment. Some landlords with a small number of properties are selling up already but this news could persuade them to stick with them. The tax changes implemented by the government has really minimised the profit potential but rent increases could ease this.

The Number of Private Renal Properties Continues to Fall

This is not really surprising given the recent abolishment of tax breaks for landlords and the increase of stamp duty for additional properties. Over the last three months 22% of the survey respondents claimed that new landlord instructions had decreased.

Taking all of this into account RICS are predicting that by 2023 rents will rise by 15%. The sharpest growth areas are likely to be the South West of England and East Anglia. Potential buy to let investors need to take note.

The Government got it Wrong

The idea behind the tax withdrawals for landlords and the increase in stamp duty was to reduce the number of private rental properties available and force renters to look at social housing or even use incentives to buy. But the social housing program has not delivered so there is still high demand for private renting and not enough properties available.

If the government does not speed up the build to rent and social housing programs then this is going to be a problem for some time. And there are no signs of things happening quickly on the horizon. Even if this was to happen it is unlikely to make much of a dent in the problem.

In large areas of the UK there has been a slowdown of residential property sales. The exceptions to this are the Midlands, Northern England, Scotland, Northern Ireland and Wales. In the capital property prices continue to fall and East Anglia and the South East are also witnessing small reductions in prices.

There are two problems believed to be responsible for the slowdown in residential property sales. The first of these is Brexit and the uncertainty around the deadlocked negotiations at the moment. The second factor is the rise in interest rates.

Private property rents are on the increase. Most of the United Kingdom saw a 1% year on year rise in July, while London saw a 3.3% rise. The average rent in London now stands at £1,615 while the rest of the UK stands at £777.