The Number Of Younger Generation Property Buyers Continues To Fall

The Number Of Younger Generation Property Buyers Continues To Fall 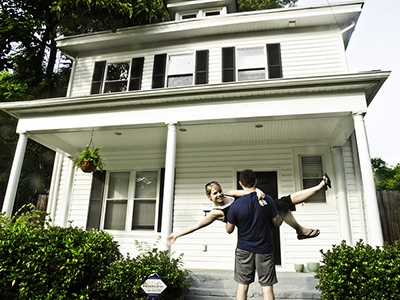 Comprehensive research about property purchases within the 25 to 34 years age group conducted by the Institute for Fiscal Studies (IFS) on behalf of the BBC that property ownership for all of the income groups has fallen again.

The Numbers tell the Story

Then they looked at the middle income bracket for this age range. These were people that had a household income of between £22,000 and £30,600 after taxation and there has been a significant decrease in property ownership here from 65% in 1995 to only 27% in 2018.

Finally the lowest household income earners were examined which were people in this age range with an income after tax of less than £15,080. In this group only 8% of families were property owners now.

The IFS research also revealed that the main reason for the decline in property ownership in this age range was the inflation in property pricing. The IFS stated that house prices had increased around 160% since 1995 while the household income of the younger age bracket had only increased by 23%.

The numbers just don’t stack up. It is no surprise to the IFS that less and less young families are able to get onto the first rung of the home ownership ladder. It is simply not practical for these people to save up the required deposit so that they can secure a mortgage on their first home. They have to live somewhere so they end up in the private rental sector.

The South East of England has been worst hit

It will probably not surprise you to know that South East England has been worst hit by the falling numbers of young people purchasing properties. This is because the prices of properties have seen the steepest increases in this part of the country.

People not so badly affected in other parts of the Country

In Cumbria and the North East of England there have been decreases in home ownership in this age range over the last few years but the numbers are not so severe as the South East. House prices have not risen as much in these locations with around 44% of the age range owning homes now compared to 54% in 1995.

These numbers will probably not surprise you but it makes for very grim reading. Action to redress the balance needs to happen fast. Penalising buy to let property owners with higher stamp duties and the withdrawal of tax benefits is not the way to do it. This means that the same age group will be paying higher rents so they will be able to save even less.