UK Banks Are Making It Easier To Get A Mortgage

UK Banks Are Making It Easier To Get A Mortgage 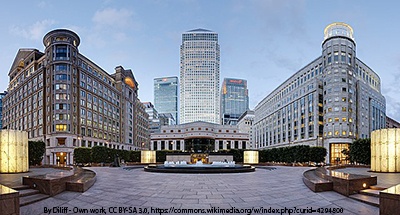 Over the last few months there has been a reduction in fees and a relaxation on lending standards by the banks and building societies in the United Kingdom. These financial institutions are being squeezed because of the amount of competition in the mortgage market and the decline in the housing market.

Some Banks Raise Loan To Value Rates for Mortgages

A recent report by Moneyfacts showed that over the last 6 months or so there has been a 20% increase in the amount of mortgage deals where banks and building societies were prepared to lend 90% of the property value or more.

All of these financial institutions are chasing volumes, but there was a clear warning from one senior banking executive who stated that there was a need for some caution as short term gains now could lead to financial losses in the longer term.

In August 2018 the M & S Bank (part of HSBC) changed the loan to value (LTV) rate of 3 of its mortgage offerings to 95%. It also increased the lending term to 35 years. Prior to this the CYBG group launched a 95% mortgage offering in July 2018 and this also had a higher lending limit against the income of the borrower.

Other Lenders change their Mortgage Products

There have been other actions taken by lenders in the UK mortgage market as well. Banks that have not increased their LTV have reduced the rates and eliminated arrangement fees on their loans where the LTV is highest.

Some financial institutions have also raised the maximum size of loan as these companies fight to increase their market share in the increasingly competitive UK mortgage market. A lot of banks and building societies are seeing their profit margins dwindle and they need to be more competitive.

Despite increases in funding costs for the financial institutions most of them have kept their mortgage rates very low (near historic low levels). There has also been a rise in the number of independent mortgage brokers which has driven up the competition as it is now easier for borrowers to compare different mortgage offers.

The Pressure is on for UK Banks

Banks have recently been forced to separate their retail operations from their investment banking operations and this has had an effect on the competition too. At HSBC the domestic element of their operations has been tasked to drive up mortgage business which has also made the mortgage market more competitive.

Most of the major lenders in the UK have experienced a contraction of their net interest margin which is basically the difference between the interest that they earn and the interest that is paid out. 16 out of the top 20 lenders reported weaker margins, and another 2 said that they were feeling the pressure in the mortgage market.

A lot of banks have other lines of business such as business so they are able to use these to support their mortgage efforts. It is a lot tougher for financial institutions that are just focused on mortgage products of course.

How long will this “easier mortgage” trend last? Well that depends on how well the banks do. Some banks have already increased their mortgage rates in line with the Bank of England rate rise so it may all come to an end soon.