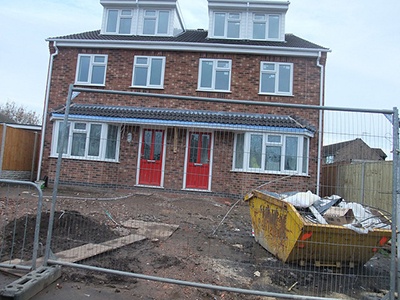 The amount of housing benefit paid to private UK landlords has doubled over the last ten years according to a report. The payout last year was £9.3 billion. This was due to a significant rise in the number of private tenants across the country that were claiming benefits according to the National Housing Federation (NHF).

The NHF stated that this group of private tenants claiming benefits had increased by 42% since 2008. Back in 2006 there was around £4.6 billion paid out in housing benefit to private landlords in the UK and by 2015 this number had doubled.

This means that taxpayers have had to pay out this £9 billion to landlords instead of the money being used to invest in affordable housing for these people. There is a real shortage of affordable housing at the current time which has lead to large numbers of people renting privately and claiming housing benefits.

The NHF report stated that if the benefit claimants had been living in social housing instead of turning to the private market for their homes it would have saved the UK taxpayers a considerable amount of money. The report estimated that taxpayers are forking out an additional £1000 a year more for each family that has gone to the private sector rather than used social housing.

What this all means is that on average, £2.2 billion has been given to private landlords each year. The cumulative cost of this is £15.6 billion for the last seven years. If the amount paid to landlords for a single year was used to build new homes then it could have created 50,000 new dwellings.

A spokesman for the Government stated that action was being taken to gain control over the Housing Benefit Bill. It was claimed by the Government that since 2012 the amounts being paid to the private sector had actually fallen and that the NHF had not taken this into account.

The spokesman also said that the Government is committed to building a lot more new homes across the country and it is going to make an investment of £8 billion so that 400,000 new affordable homes could be built.

The National Landlords Association (NLA) also commented that the private sector was simply responding to the increase in demands for private rentals from a growing number of tenants because they had been let down by the housing associations and the social housing sector.

There was a feeling that the NHF was being squeezed by the Government to make cost savings and that the NHF wanted to shift the blame elsewhere and were pointing to the private sector. The NLA also felt that private landlords are providing a very valuable and much needed service and that it was wrong to point the finger at private landlords because of the failure of Governments to provide decent housing.