UK Housing Set For A Boost With New Joint Funding

UK Housing Set For A Boost With New Joint Funding 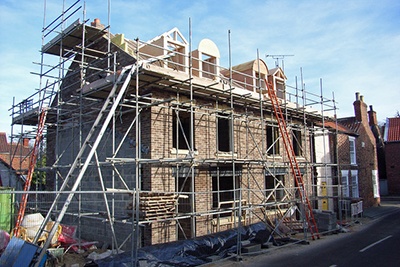 Barclays have agreed to team up with the UK government to light a fire under house building in the country and make things happen a lot faster. This is something that the nation really needs as the demand for homes continues to rise.

Homes England, the government agency, has decided to invest £1 billion in the form of a new Housing Delivery Fund and has agreed a joint venture with Barclays to assist in the funding of small and medium sized property developers to speed up house building across England.

This initiative is expected to deliver the building of thousands of new properties all over England much faster than before. Homes England will contribute £1.25 billion to the partnership with Barclays contributing £875 million.

One of the ways to achieve this is through the joint fund with Barclays which they believe will greatly speed up the rate of new property builds. At the moment there are around ten companies in England that build almost 66% of new properties.

So the aim is to provide more opportunities for the small and medium developers and home builders. Those interested in this development scheme will be eligible for funding up to 80% loan to cost and 70% loan to value. The amounts will range from £5 million to £100 million. Barclays will make the loans available to new customers as well as existing ones.

House Building in the UK will have Increased Scope

The government intends the Housing Delivery Fund to support new urban area regeneration projects. They want to promote innovative design as well as build properties on brownfield sites. In turn this will help to create social housing that is more affordable, retirement accommodation and apartments for rent.

The Housing Delivery Fund will provide the smaller house building companies the funding that they require to begin work on their developments according to James Brokenshire the housing secretary.

Brokenshire sees this as a fantastic opportunity increase the numbers of new homes built every year, and also to encourage new and innovative construction methods as well as design innovation for the benefit of the entire housing market.

The chairman of Homes England, Sir Ed Lister, said that the new Housing Delivery Fund demonstrates the focus on the residential sector by Barclays. He also stated that the fund will provide the necessary financing for SME house builders and developers to move ahead with their projects and provide England with more homes that are affordable.

The chairman of Barclays, John McFarlane, stated that the country was in desperate need of additional homes of good quality. He believes that the fund will demonstrate to house builders and developers that there is funding available for the right projects. He also said that Barclays were very happy to be working alongside the UK government to build more homes faster.