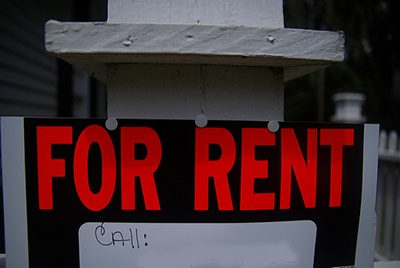 In the last decade rents have doubled meaning that the amount paid by tenants could easily equate to a mortgage on their own home. In the United Kingdom in 2017, tenants paid out an incredible £50 billion which is more than twice the amount paid out 10 years previously.

Countryside, which is the largest estate agent and mortgage broker in the country, compiled these rental figures. It shows clearly that there has been a decline in home ownership over the last ten years and that the UK property market has gone through a reshaping exercise.

The actual rental figures for 2017 were £51.6 billion which is up £1.8 billion on 2016. In 2007 the total rent paid out was just £22.6 billion so it has more than doubled in ten years. The other interesting fact to emerge is that the total mortgage bill for last year stood at £57.4 billion so rents are catching up fast.

Home buyers have paid less for their mortgages in the same decade. In 2008 this was at a peak of £63.8 billion and has fallen more than £6 billion. Mortgages have cost less due to the interest rate being lower and incentivized mortgage offers such as cheap rate fixed deals.

Millennials paying the most Rent

The figures from Countryside also showed that millennials are paying the lion’s share of rents these days. They estimate that in 2017 millennials paid out around £30.2 billion in rents which is over three times the £9.7 billion paid out in 2007.

Is it time for Rent Controls?

Perhaps the most shocking statistic of all is that a lot of tenants are now paying over half of their monthly salaries out on rent. There has been a big campaign to put rent controls in place because it is costing the economy.

There is a severe lack of social housing in the UK and in the current climate most people cannot aspire to home ownership. This means that these people have no choice but to rent their home privately.

It is felt strongly among the campaigners that the government needs to take more action and bring in strict rent controls so that people will pay less in rent. The government has already penalized the private rental sector with tax increases and other measures. If rent controls were to be enforced the private sector would bail out and the problem would be even worse.

The campaigners feel that the only people to benefit from the hike in rental prices are the private buy to let landlords. When you compare social housing prices this seems to be true. In London council tenants paid an average of £132 a week compared to private rents of around £309 per week.

In fact buy to let landlords have now displaced first time buyers in the property market for the last twenty years. There are around 2 million landlords in the UK who own around 5 million properties. But it is not all roses in the garden for landlords with tax hikes and other penalties. So the problem is not likely to be resolved anytime soon.