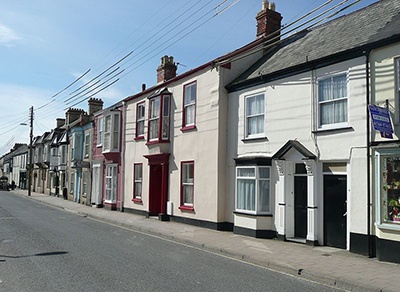 In February 2018 the price of property in the United Kingdom has jumped by over £2,000. This means that the average price for a property in the UK has risen to more than £300,000 and is the first price rise since November 2017.

Rightmove, the property portal, reported that there had been record house buying activity at the beginning of 2018. Rightmove track 90% of the property market in the UK. The company discovered that in February 2018 the average sale price for a UK home was up 0.8% to £300,001 which was an increase on the January 2018 numbers of £2,414.

Despite property prices rising in February 2018, Rightmove claims that the percentage increase is less than the normal 1.6% monthly average increase that has been seen at the same time of the year for the past decade.

Sellers should act with caution despite Price Increases

Rightmove advised sellers to act with caution despite the recent price increases. They said that a seller should not over price their property because the buyers are already stretched when it comes to affording to buy a property.

Sellers cannot control economic and political uncertainty but they are in total control of the prices that they ask for their properties. Rightmove felt that in general sellers do not price their properties too high or become overly ambitious.

It is interesting that in Scotland properties are being purchased at a faster rate than they are elsewhere in the UK. The fastest sales are occurring in West Lothian with homes there selling in only 17 days when the UK average is 72 days.

Falkirk in Stirlingshire was the second fastest property mover where properties are being sold in an average of 20 days. The next fastest localities for house sales are in England. Wellingborough in Northamptonshire, Nuneaton and Rugby in Warwickshire and Hitchin in Hertfordshire were all selling properties in around 21 days.

Recent government figures indicate that UK house prices may be recovering. They estimate annual growth to be at around 5.2% in the year to December which is 0.2% up from November.

JJL have predicted that the average UK property price will increase by just 1% in 2018 while Capital Economics have estimated a 2% growth. Then there are Standard and Poor’s who predict a very small growth in 2018 of just 0.5%.